Very pleased with how my swim went. Timing chip was surprisingly comfortable in the water and I had very good support from my family who was standing a few steps away from my lane. Despite the water being choppy from the other swimmers, I managed to swim a fast split.

I started very quickly because I knew there were some good runners in my field. I kept an eye out for people because you never know where people are when the race is like a time trial but I was inching my way forward and again, had very good support throughout the course and ended up in first place.

Thank you to my sponsor Zone3 who provided my kit bag, trisuit and goggles. The Dave Aitchison fund and the Jeremy Wilson Charitable Trust help me financially and covered race costs.

I don't have the link to the results because the timing company had a few problems with the recording. 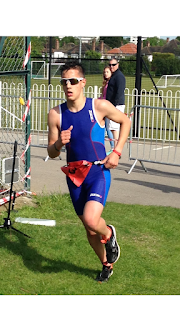 Email ThisBlogThis!Share to TwitterShare to FacebookShare to Pinterest
10th May 2015- Crystal Palace Triathlon

7 lengths in the 50 meter swimming pool. Swim went well and I swam consistent splits. I didn't have to overtake anyone because I had the second fastest entry time and felt good going into transition.

I quickly found a good rhythm and cycled the first lap feeling very strong. About 700 meters into the 2nd lap, I suddenly veered off the road and crashed pretty hard. I got up immediately and checked if my bike was still ride-able. I loosened the brakes a bit and was on my way but I had lost precious time and lost my rhythm. I probably should have taken a better inspection of my bike because I spent the rest of the bike leg with my brakes rubbing.

I felt awful on the run. I was really struggling mostly because I had braced most of the impact from my crash on my knee. I tried as hard as I could on the run but felt completely rubbish because the more I pushed, the worse my knee became. I was very happy to finish and was met almost immediately by first aid. I ended up 7th in the youth category, just over 3 minutes behind 1st place.

Thank you to my sponsor Zone3 for providing my trisuit which didn't rip from my crash. Big thank you to the Jeremy Wilson Charitable Trust for financially supporting me and same goes for the Dave Aitchison Fund who also help me financially. 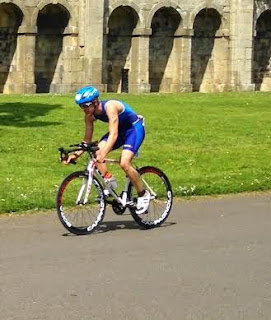 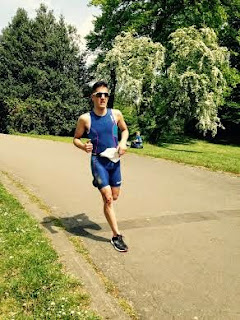 The start was much more more bearable than in previous years but it was still incredibly quick. People were pushing and shoving left right and center but luckily I got clear and was soon running with a clear road. Some people had started way too fast and I started picking people off as I found my pace. The middle mile wasn't pretty but the support of the crowds that early were amazing. I gave it everything in the last 800 meters and finished in a time of 16:32, improving about 2 minutes from my previous best the year before. I ended up coming 31st in the borough challenge, 2 and a half minutes behind winner Alex Yee who I train with at the London Triathlon Academy. I ended up top 100 overall so there is still plenty room for improvement but I've still got two more years in this age group so I look forward to coming back next year! 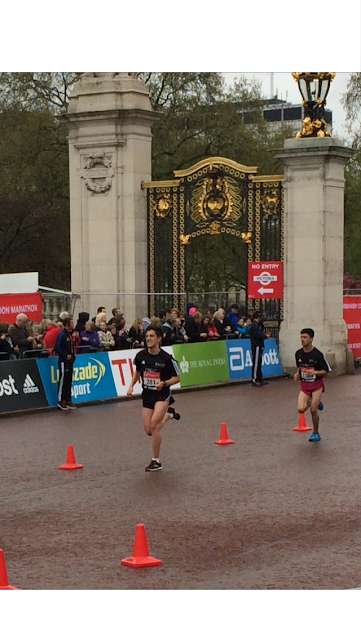 After waiting for what seemed like an hour, we were set of for the run in the pouring rain. The pace was very quick and my ankle was killing me from my injury a couple of weeks prior so this didn't help. I didn't really settle into my rhythm and made it into transition slower than I had wanted to.

Most of the strong cyclists were already gone and I couldn't bridge the gap. I steadily overtook some cyclists but couldn't catch the front pack. In the final lap of 3, I managed to cycle with one other person so we shared the load in the fierce wind. I came into transition 2 having gone up about 4-5 places.

My foot didn't hurt but my muscles were tired from my solo bike effort but I managed to drag myself over the last 1.25 km of the run and finished in a respectable 12th place, 1 minute and 35 seconds behind first.

As always, a big thanks to Zone3 for providing my trisuit and a big thanks to the Dave Aitchison Fund and the Jeremy Wilson Charitable Trust for supporting me financially. 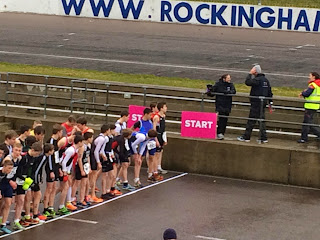 As soon as the horn blew, I ran as fast as I could to position myself well in the field. After a couple of hundred meters, I was in a group of three. I knew the other guys in the group were going to run another lap after me because they were doing double my distance so I made sure I lead the group more frequently. I came into transition in 1st place.

After mounting my bike and strapping my cycling shoes, I was off. I wanted to make the most of the bike because I wanted to see where I was physically and because I had had a foot injury for the last two weeks so I wasn't sure if I would be able to run off the bike. Despite unfavorable wind, I kept a high cadence and arrived in transition 2 having extended my lead.

I found my running legs with surprising ease and ran the rest of the race by myself, occasionally passing the odd age grouper who were doing the distance four times longer than mine so they were still on their first run. I finished the race and was very happy to start the season of with a win.

Sponsors: Big thank you to my sponsor Zone3 for supplying my trisuit and my financial aid sponsors Jeremy Wilson Charitable Trust and Dave Aitchison Fund for supporting me financially. 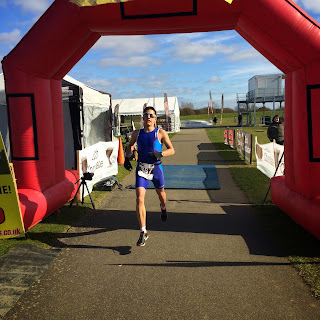